British Queen urged to relinquish power because of ill health


British Queen urged to relinquish power because of ill health 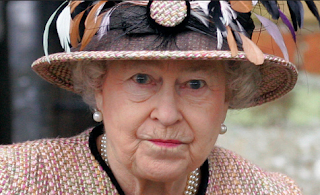 British Queen urged to relinquish power because of ill health

The UK’s Queen Elizabeth II has been advised to resign and relinquish power as she gets older and overburdened
with a tough schedule to live with, local media reported.

The advice came from former Labour deputy prime minister Lord Prescott, who suggested that “the Queen should
think about abdication because she is overburdened at the age of 86”, British media reported.


The former deputy premier added that ‘the monarch was risking her health and deserves a break’.

The high-ranking British official said that the Queen herself might not be sure about her own health after she was
recently hospitalized for a stomach bug issue.

Lord Prescott, a member of the Privy Council which advises the Queen, tried to appear affectionate and friendly
towards the queen, noting that “the monarch should break with convention and consider enjoying a long
and fulfilling retirement”, according to the reports.

“His concern was that the Queen, who is 87 next month, is overburdening herself,” he said.

Lord Prescott also referred to the queen’s ongoing ill health because of which she has been increasingly cancelling
her public duties recently, saying that “she had done a remarkable job over her 60 years on the throne”.

“My friend noted the monarch would be delivering her 61st queen’s speech in May, where she’ll announce her
future trips abroad, on top of her many other public duties.

“So he asked me, as a privy councillor, to tell her that he didn’t expect her to see out her royal duties as the Queen.

“She deserves a break and he wouldn’t think less of her if she stepped down”, said Lord Prescott.

This is while that the queen herself had said on her 21st birthday that she regarded ruling Britain as a job for life.

But Lord Prescott described the fears over the ‘heavy load’ she continues to carry as head of state.

“She has given wise counsel to 12 prime ministers, from [Winston] Churchill to [David] Cameron, and has made her
mark on the country she loves,” he said. Buckingham Palace declined to comment.