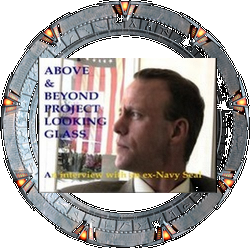 In most of my writing I am careful to only present information I can support with other documentation. But today I am going out on a limb.

My life has been dedicated to researching reality since I was 15 and they killed President Kennedy and then lied about it. Along the way I have been guided in this research. Who is guiding me, I cannot be certain. It may be my “Higher Self” or soul or perhaps ET’s or Angelic or Ascended Beings communicating telepathically. But after 50 years I have come to trust those voices in my head guiding me to an understanding of what reality is really all about.
My first assumption without absolute proof is that Bill Brockbrader told us the truth. Americans attacked Iraq between 1992-2000 and the targets were people not military facilities, with Tomahawk missiles being guided in the final minutes by laser operated by U.S. Seal teams.
Now that is a hell of a lot of missiles at the cost of $1.3 million per missile. And why did we not hear Saddam Hussein screaming about the attacks? Could it have been that the American targets were also a threat to Hussein? But why would poor people of Iraq be dangerous to anyone? If the U.S. was trying to illicit hate for America to create terrorists that could then be used as the reason to attack Iraq, why would Hussein have remained silent for 8 years? Bottom line: what threat was posed by the people of Iraq?
Assumption #2 is that the human body is just a shell for energy bodies and an awakened energy body possesses extraordinary power. One person awakened and able to access “super” powers is a dangerous thing. But an entire region full of people who can access super powers and knowledge would pose a critical threat to any one wanting to control the 3-D.

Assumption #3 is that Earth has been influenced for eternity by other civilizations. While there is undisputable proof of this, there is also a seeming lack of any major proof in the form of technological devices that may have been left behind. But if you leave such a device, for whatever reason, you may have destroyed them or hidden them.
Assumption #4: You did leave them and you did hide them and you also left a mission for the “humans” left behind. They were to protect these devices at all costs. And these people would have had access to knowledge that would give them “super” powers. The guardians would have passed the mission and knowledge down through generations.
Yes this certainly sounds like science fiction. But one thing Bill said that has opened the door to this concept of a people protecting knowledge and powers was the statement made by the Head Elder of a small Iraqi village. The village housed about 35 nomadic type people. Where did the Head Elder get the information he told Bill that  there was an imminent attack planned using pilots? Was it from Al-Qaeda sources who knew of the planned attack on the Twin Towers?
I do not believe Al-Qaeda had anything to do with 9/11 and have written a book to explain why. So Assumption #5 is that the Head Elder had access to information from sources NOT of the 3-D type. Perhaps a psychic had relayed the information. Or perhaps the Head Elder had descended from a group of people left behind to protect technological devices that could see into the future. For whatever reason, that Elder related the information to Bill who passed it on and the result was total destruction of that village and probably everyone that had lived there.
If I am making the right assumptions, the attacks were directed against a group of people who were much more powerful than most can imagine. They had been protecting Ancient Knowledge for thousands of years, generation after generation. Before a technological device of the likes of a Stargate could be “found”, those keeping it hidden had to be destroyed.
The fact Stargates and other technological wonders existed has been known maybe for thousands of years. Certainly Adolf Hitler knew of them when he sent his forces to find them. Hussein probably had control over some of them and knew what they were, although he was not able to access their powers. There is ample documentation that other groups throughout the world knew they existed. But they could not be found because totally committed humans were hiding them – and I believe their ability to hide them came from an ability to prevent the devices from being found by what we might call psychic interference.
The reason I am rushing to finish this post is because of something Eva Moore was told by a psychic.  (Assumption #6 is that the psychic was accurate.) Eva was told she had access to legions but did not know how to access them. My suggestion is that those legions are the poor, seemingly powerless Iraq people who the U.S. waged a secret war against while Hussein stood by silently watching.
In a matter of hours Bill is going to stand before a judge to declare himself a free man. We – those who have stood in support of both Bill and Eva will be there focusing our conscious level thoughts and heart energies on him. May I humbly suggest that we call upon those legions awaiting recognition and an invitation to assist with those powers that did not die when their human bodies were destroyed. They are immortal. Bill is their only way of being heard. But an open invitation by enlightened and ascending beings – and that my friends would be you and me – can ground their powers to protect and defend Gaia and those who are her Light Workers.